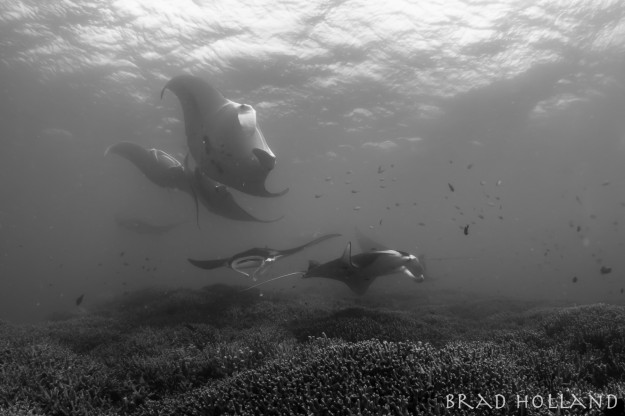 These days the manta diving is exciting. The daily hour at Stammtisch is as good as it gets during this season and lately we’ve had some ripping times with these guys. 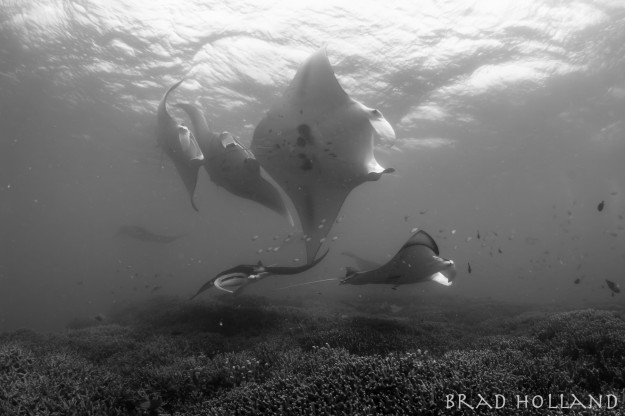 Typically these things just glide right over you, behind you and in front of you while getting cleaned.

This dive had both, there was a ray  or two getting cleaned and a mating train of eight whipping around us.

It must have been close to the act because these things were coming in at burst speeds and getting acrobatic over the reef.

It was like a Red Bull air race and proximity was tight, even with us. 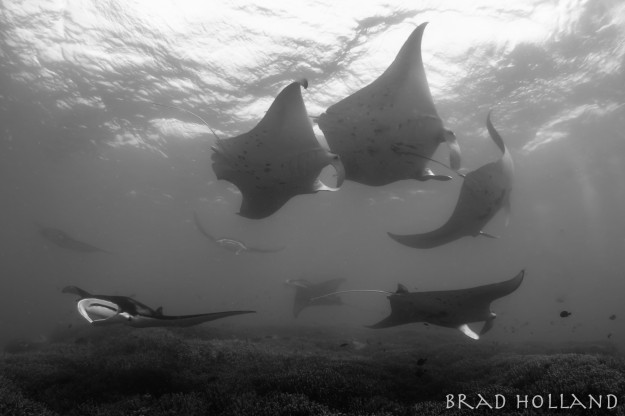 We have some guests that are new divers as well as a family with a father/daughter doing their first solo open water dives with Bill.

This is how to set your bar to the highest level right out of the gate with your first dive log entries.

Watching this is super cool, everything starts out in a single file and at some point the lead female breaks the train in flips and tight banking turns and takes off. 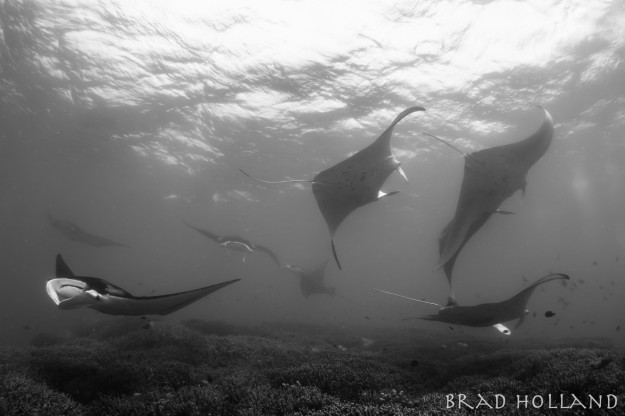 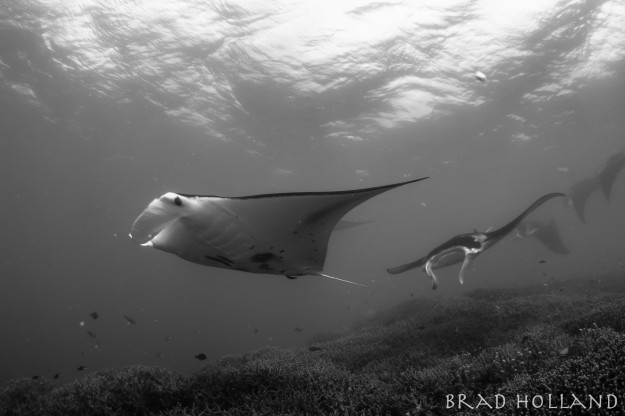 Of course every courting male is in hot pursuit and the next thing you know you and your dive buddy are being split by mantas at speed.

The action gets good enough that you need to keep your head on a swivel.

I had a full speed manta flyby that was followed by 7 more that could care less about me floating there.

Stammtisch is on fire. 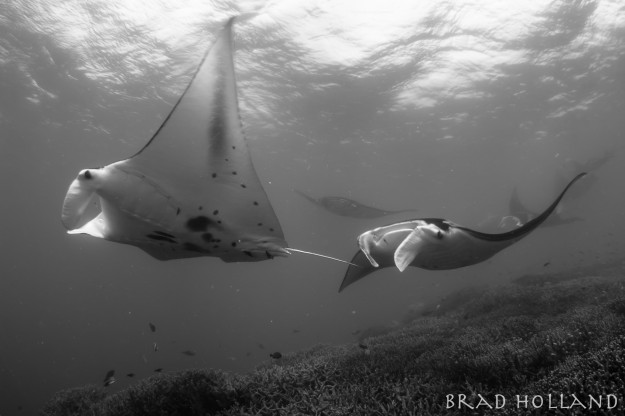 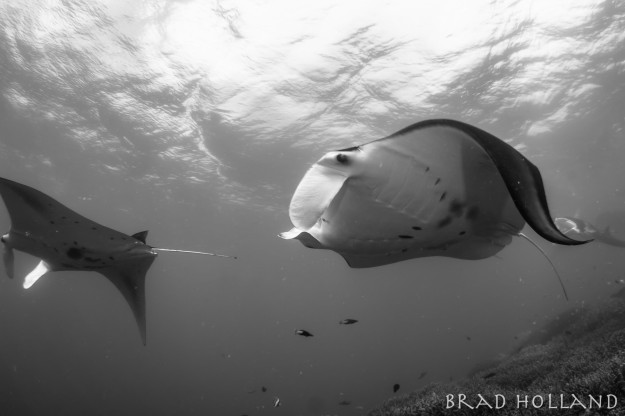 One guest came out of the water and the second thing out of his mouth, the first being his regulator, was that he’ll be back and with friends that have to experience this.

Out of the hundreds of dives I have at this site, these days are laying down ripping reports.

When these animals dance around you, it’s something special.

December to April is the time. 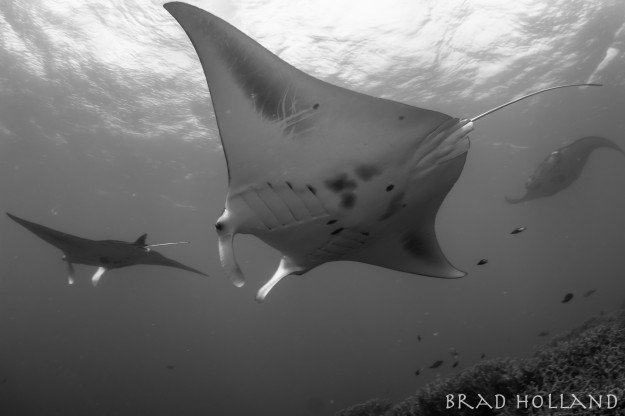