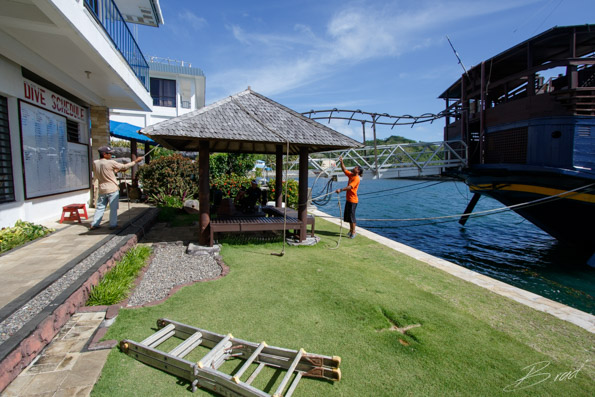 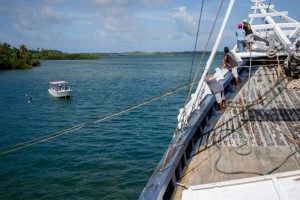 Super typhoon Maysack was a category 5 system that passed through Yap state with sustained 160 mph winds and 25-30 foot storm waves.

Several of Yap State’s islands were effected and two were hit directly by the super storm, Ulithi Atoll and Fais.

Yap Island was within 50 miles of Maysack’s path and received a glancing blow from the tail of the typhoon around sunrise. 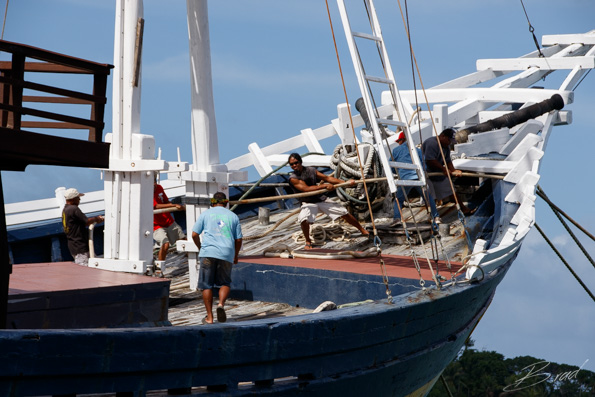 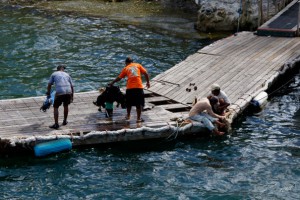 The storm’s position and wind direction left the North and West coasts of Yap the most effected.

Manta Ray Bay was left untouched and the front doors remained open throughout the night.

It was a preparation drill for the most part. They call these “banana typhoons” because all they do is knock down banana trees. An 11 year-old can knock down a banana tree. 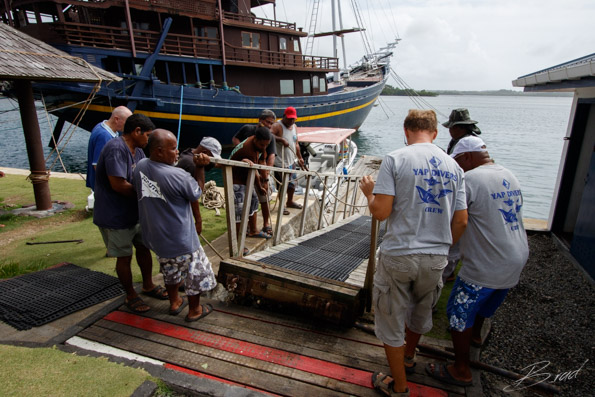 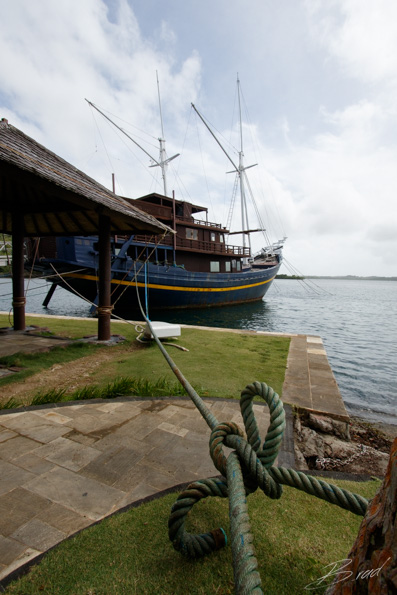 The crew at Manta Ray applied hundreds of work hours into storm prepping the property.

The dive dock was removed and stored near the port, the ramp was pulled and cable tied to pillars and the dive shop was stripped of gear and offices.

The Mnuw was secured with storm moorings, the first floor of the hotel evacuated and offices were stripped.

“No matter how many times we’ve gone through this, it never gets any easier.” – Numie Acker

The easy part is preparing for a storm… the hard part is the wait.

Everyone just sat around watching weather reports and pacing the property.

All of the reports were positive for Yap Island throughout the storm’s approach, and thankfully it stayed that way, making it a little easier to be an Acker last night. 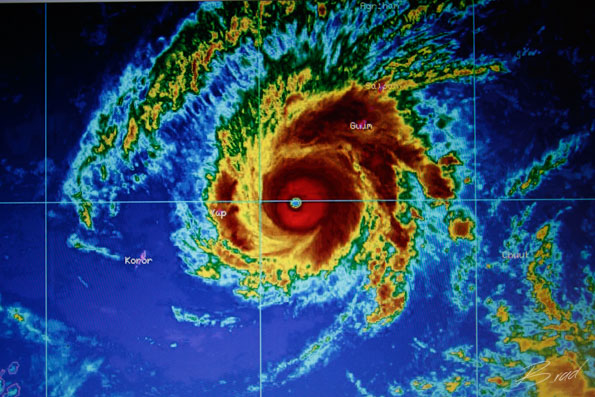 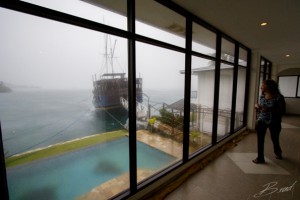 We experienced typhoon conditions, at best – a lot of wind and rain while running on backup power.

A few beers and smiles were shared about the point when the waiting was over and the storm was finally here… and it kept tracking away from Yap.

It’ll take a day to unwind the preparations and we’ll be out of storm mode. 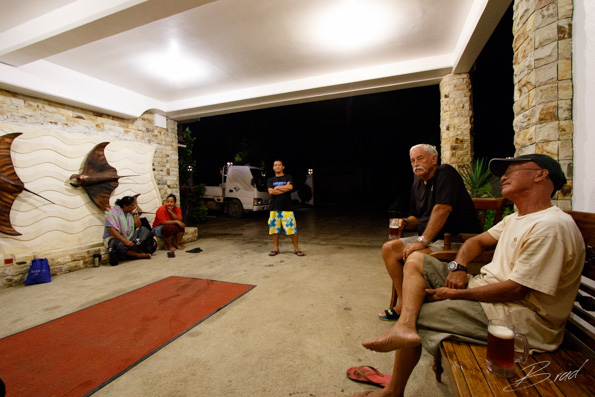