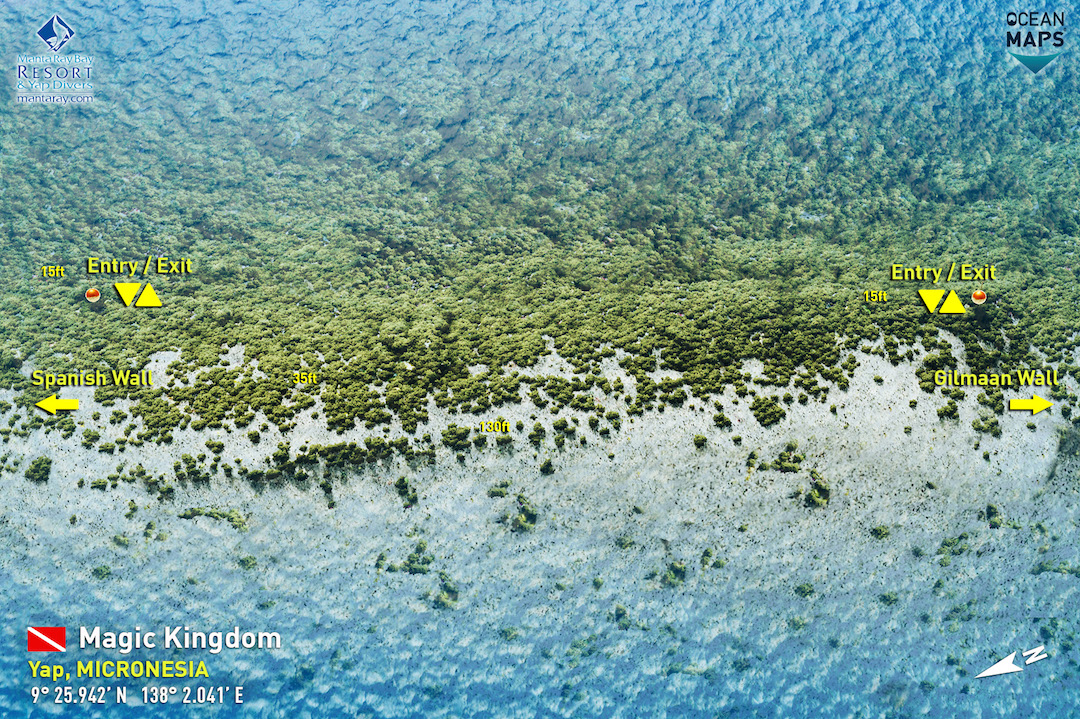 A gradually sloping reef. This site was considered as one of Micronesia’s most beautiful diving jewels until a typhoon in November of 1992 inflicted heavy damage to the corals. The gently sloping bottom in this section of reef caused the storm surge waves to build and cause damage while the vertical walls only a few hundreds of yards away escaped unscathed.

The stronger hard corals were unaffected by the storm, but much of the lettuce coral sustained damage and large areas of staghorn were virtually reduced to rubble. However, the reef can already be seen to be going through the colorful process of rejuvenation.

On a positive note, the storm damage created lots of habitat for small reef fishes to hide in. Frequently clouds of them are found surrounded by large schools of Jacks and other predators on the lookout for stragglers. Schools of hundreds of barracuda are seen at this site on occasion. White Tip Reef Sharks and occasional Gray Reef Sharks are seen cruising the reef. 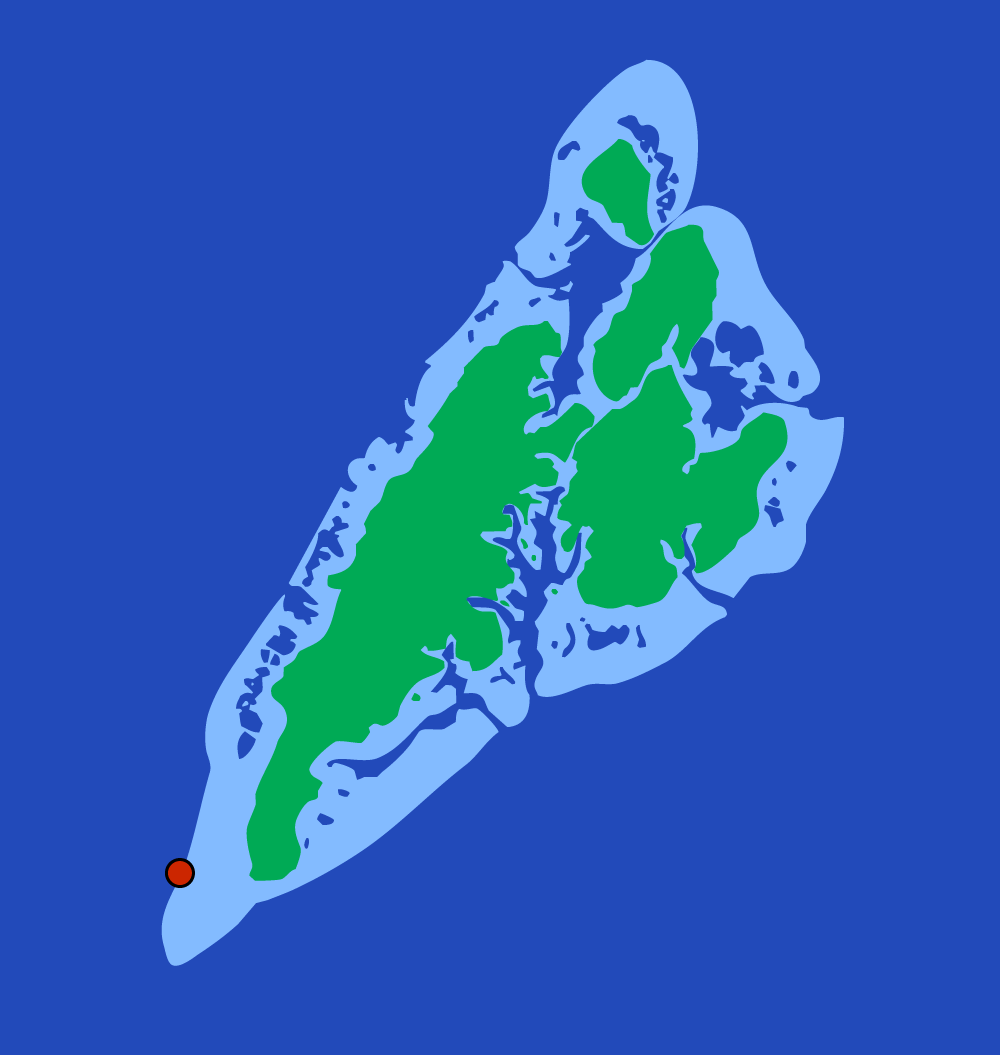