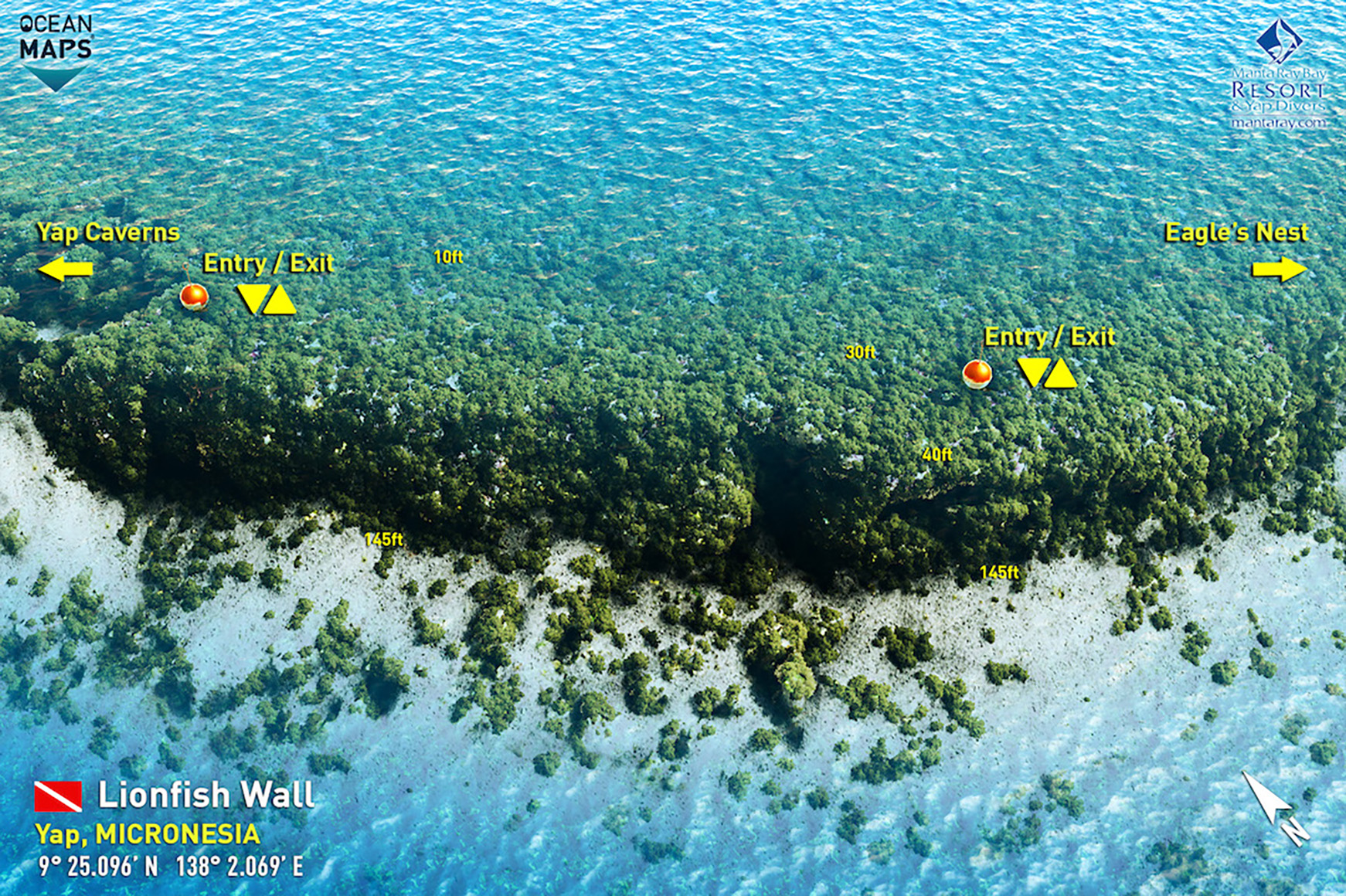 This vertical wall forms the extreme southern tip of the fringing reef which surrounds Yap. It juts out into blue water and is washed by currents flowing past the island. Because of the steady flow of nutrients, the coral and fish populations are particularly lush. The wall makes a vertical drop to 130 ft. and then slopes to a 200+ ft. (60+ M) ledge before disappearing into the blue abyss. The concentrations of fish and corals make this one of the premier walls dives in the world.

The entire face of the wall is carpeted with a wealth of soft daisy corals, punctuated with brightly colored crinoids.

This area is named after the many lionfish that live in the crevices along the wall. But just off the wall, expect a full range of gamefish & pelagics that come to feed where the currents from opposite sides of the island meet. Mantas, Eagle Rays, Turtles, Sharks, Huge Tuna, and other pelagics are commonly sighted. Near the top edge of the reef are schools of thousands of orange and yellow Bartlett’s Fairy Basslets. Highly camouflaged Leaf Fish are also present near the top edge of the wall, but it takes a trained eye to spot them. 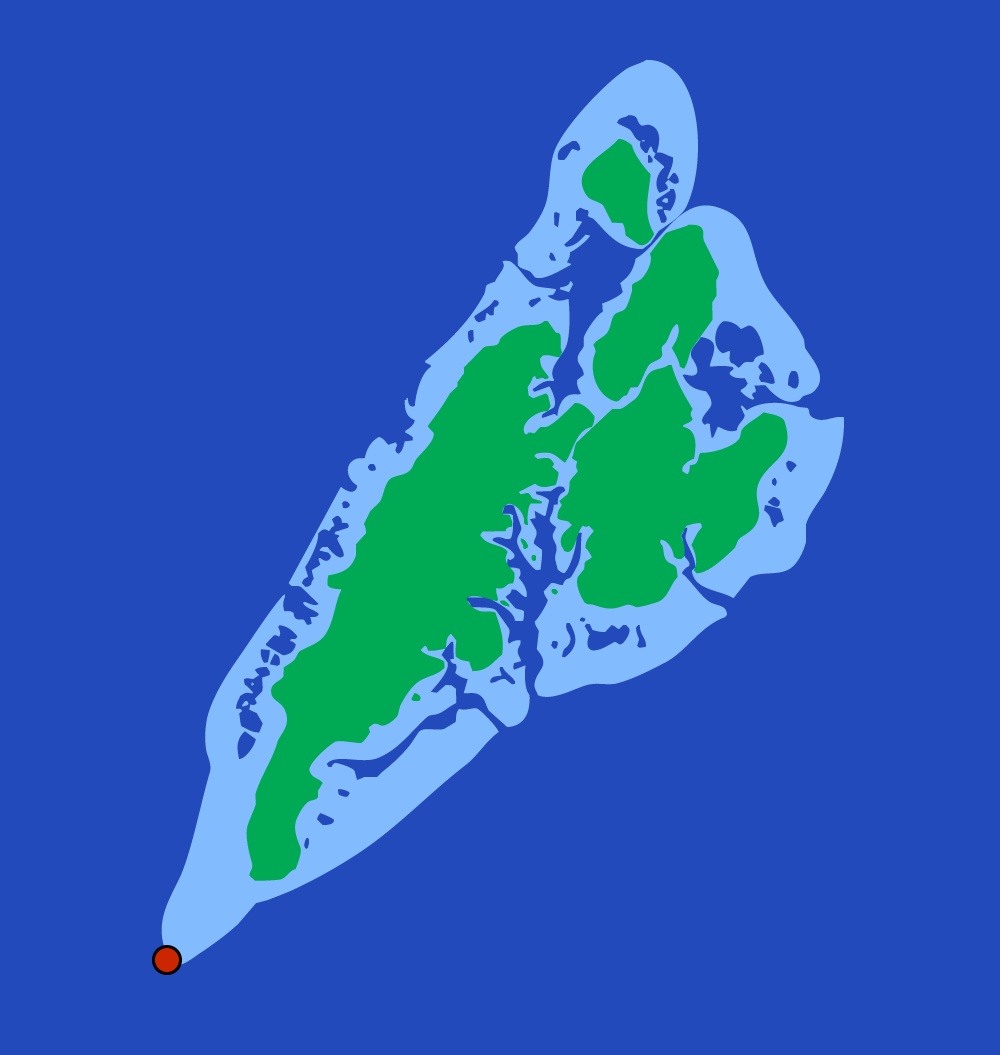